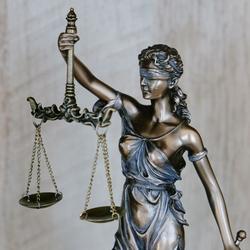 Impossible to reverse engineer, this fools EVERYONE. Spectators have a TRULY free choice and NO SWITCHES.

When Ryan Schlutz wants to do a hands-off shuffled deck trick to blow his audience away, one of his go-to effects is Equal Finality. This effect gets everyone involved and has a crystal clear ending that fools magicians and laypeople alike. Extremely easy to do, with almost no sleight of hand, you’ll get the jaw-dropping reactions you are looking for with Equal Finality.

The deck can be shuffled by the audience. The magician takes one prediction card out and openly places it in the card box, which is closed and placed on the table. Next the magician places five or six heaps of cards at random in front of two different spectators. Each of the spectators randomly combines their heaps of cards until they each have one giant pile. They turn the top cards of each pile over and add the cards together to form a value and a suit that matches the prediction card in the card box.

This trick can be done at a moment’s notice and doesn’t even need a complete deck. Ryan teaches in detail what makes this trick so fooling, as well as how to play this effect for maximum impact. Ryan Schlutz is known for his no-move magic that has fooled magicians around the world and lay audiences love. Generate your own gasps of astonishment with Equal Finality.