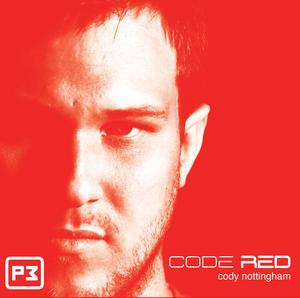 17 fast and furious visual magic tricks that will leave your spectators' jaws on the floor.

Unlock a TREASURE TROVE of eye-candy with Cody Nottingham. 17 dynamite new effects that will surprise even the most experienced pros.

How Cody has managed to stay underground while developing such visual magic is possibly the most amazing thing about him.

Code Red is full of material that's easy enough for amateurs, and hard-hitting enough for the pros.

Sole Change is a visual card change that can be used in any routine. The change happens in full view as one card visually morphs into another.

Purity Change is a versatile move that can be used as a switch, or a color change. All the movements are completely natural,and it looks extremely fair.

Water Slide Change happens in a blink of an eye but is one of the most visual card changes you will ever see.

Center Switch uses natural misdirection to create a devious switch. The best part is the spectator thinks they have been watching their selection the entire time.

Halved. Finally a torn and restored card effect that is quick, flashy and easy to do. A card is torn in half and BOOM it's restored at the fingertips. It doesn't get more direct than that.

Messages is a visual revelation of a prediction on a coin. With this method you are able to instantly change scribbled markings on a coin into a written prediction.

Boxed is an impromptu visual card to box method that has loads of possibilities.

Pop Out. Pop Out uses a brand new gimmick that allows you to perform a visual and extremely convincing card through box illusion. The gimmick not only makes this effect fooling to the eyes, it also makes it incredibly easy to perform.

Two Box allows you to gain access to a closed card box at any time. Load cards, steal cards, many possibilities.

Gone. Show a deck half way out of the card box, riffle down the edge, close the box and now the deck is gone. The only thing that remains is the spectators selection.

Dropbox is a utility device that allows to perform coin penetration effects, use it for mentalism, it could even be used as a hold out for cards.

Fast Food. A sandwich effect where the spectators selected card visually appears between the 2 aces.

Waterfall Change. Hyper visual color change that happens while the card is placed halfway in the middle of the deck.

Noble Aces is a simple and direct version of the Hofzinser's Aces effect perfect for anytime you need to show a quick trick that has multiple magic moments.