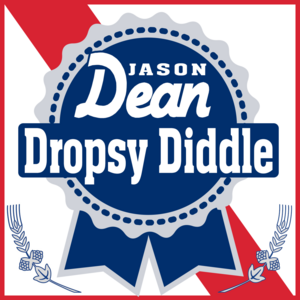 Powerful, easy to learn... and totally unfair. This is the sneakiest secret you may ever learn.

WARNING: This trick isn't fair. That's the only way I can describe the feeling of performing Dropsy Diddle. It's so powerful, so easy to do, and spectators don't stand a chance.

Am I ok with this unfairness? Yes, absolutely. It's a blast, and you'll want it all to yourself.

1. Spectator freely drops a bottle cap anywhere on a spread deck.
2. ..then FREELY chooses one of the 3 closest cards (no equivoque)
3. That card PERFECTLY MATCHES the card printed under the bottle cap.

PROFESSIONALS: Jason Dean is a worker. He only creates magic for one reason: to perform himself. We were lucky enough to get him into the studio, and this trick is a gem.

I've seen Jason Dean turn every head at a backstage after-party full of genuine rockstars. The band, their fans, everyone had their eyes on Dean.

PS: Every bottle of Pabst Blue Ribbon beer has a random card printed under the cap. This makes it an awesome prop for card magic. But don't worry, you can perform this trick with any object, even just a slip of paper that you wrote on.