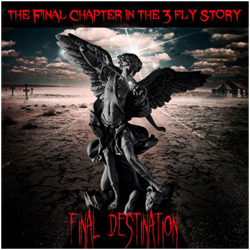 Back in 2006 when I was the Head Magician at Illusions Magic Bar in Manchester England, I decided that I needed a coin trick for my bar set and vowed that I wouldn't rest until I had developed the best coin trick in the world. In my eyes, I honestly believe that is what I have done, and now it is yours to use and take and make your own.

This specially made gimmicked Kennedy Half-Dollar coin set allows you to perform one of the fairest looking 3 flys around. You can openly show only 3 coins throughout the routine and the climax where the final coin slowly and elegantly floats from one hand to the other leaves them speechless. There is very little sleight of hand needed and you are expertly run through the moves on the accompanying DVD. The pre-show set up takes only a couple of minutes and the in-show get ready takes only a couple of seconds.

This effect is not only part of my competition act but is something I use every single day of my performing life and it never fails to get reactions.

I have sourced a great thread that I am fully confident with and include a spool of it with the coin set. Also included with the set is: