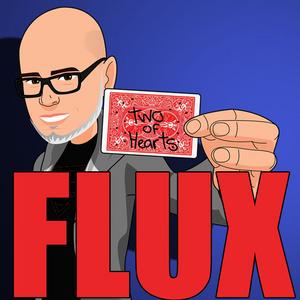 Nominated for Trick-of-the-Year, and the most innovative card trick we've seen in YEARS.

A spectator sights a card from somewhere in the deck - the Two of Hearts. A second spectator is charged with 'psychically locating‘ the card by trying to ‘sense’ which of the face down cards it might be.

Perhaps not surprisingly, he fails, finding instead the King of Spades. in the hope of" discovering the correct card, you offer to demonstrate another psychic phenomenon - ‘automatic writing’!

The face of the King is signed and then, without looking, you begin to stab randomly at the back of the King with your marker pen. When you display your ‘psychic auto-art‘, it reveals nothing but a series of random dots and dashes...but you're not done!

You ask the ﬁrst spectator to name his card - the Two of Hearts - and to stare intently at the random ink marks. With a gentle wave, right before their disbelieving eyes, the dots and dashes slowly and visually morph into legible text, spelling out the thought of card - Two of Hearts! The signed King is then immediately handed out and can be thoroughly examined.

Includes custom, precision engineered, Bicycle gaff cards plus a custom made tool that will allow you to produce your own cards to be given away as souvenirs. This is extremely visual, ‘slow-burn’ magic at its finest. Ready your senses for Roddy McGhie’s FLUX!

Roddy McGhie is a magician with big fans among magic‘s big names. Until now, he's been mostly operating ‘under the radar‘, applying his incredible talent for creating unique, original close-up to a number of top TV productions.

With FLUX, Roddy is finally giving up one of his most coveted effects. An effect so visually startling you'd swear it was a camera trick!