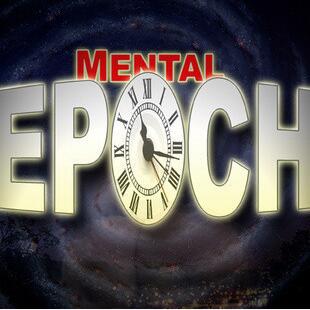 Predict the answers to FOUR different questions with UNCANNY accuracy!

Picture this&hellip; You ask someone to select a color， a shape， a number and a playing card. Before they do though， you record your predictions of their thoughts by writing them on a napkin. After you&rsquo;ve written each prediction， they make their selections.

Then you immediately reveal that you have predicted all four of the items they selected， with uncanny accuracy. This is Mental Epoch.

Mental Epoch is a fresh， impromptu approach to the classic Mental Epic plot.

The original Mental Epic trick is arguably the strongest prediction effect in mentalism， relying on a clever mechanical gimmick to produce it&rsquo;s amazing effect. It is the effect of not one， but multiple， accurate predictions.

Steve Fearson has developed a new method to produce the same effect without the bulky， gimmicked prop. In fact， he&rsquo;s made it completely impromptu. It can literally be performed anywhere， anytime with nothing more than an unprepared cocktail napkin， a borrowed pen or pencil and an ordinary deck of cards.

Within moments of picking up the napkin you&rsquo;ve created a devious system that allows you to perform a flawless one-ahead prediction routine without the usual bulky prop used for the traditional Mental Epic effect.

This will quickly become the single strongest mentalism/prediction routine you perform. You will be shocked at the blatantly deceptive method&hellip; it will literally give you an adrenaline rush the first few times you perform it， it is that bold.

Steve shared an early version of his Mental Epoch technique for a brief period many years ago for $30. It is being released today with an improved presentation and a refined handling that makes it even more powerful than before. It has also defied inflation， as it&rsquo;s being offered to you today at a lesser price!

It has been said that there is nothing new under the sun. This offering necessitates a retraction of that statement. This is NOT a rehash of old methods. This is a truly original， fresh method to produce an amazing 4x prediction effect!

This is Fearson at his most devious. FAIR. ABOVE BOARD. HARD-HITTING. A truly MIND-WARPING concept!